INVENTOR focuses on the use of porous flow-through fairings upstream the landing gear axle for noise mitigation purposes. Targeted concepts are wiremeshes, perforated plates, metallic wool and synthetic foams. One of the objectives is to select the fairings that provide the best noise reduction. To this aim, the fairings that have been precisesly characterized in WAABLIEF and B2A, have been subsequently tested in the aeroacoustic A-Tunnel facility at TU-Delft on a scaled 2-wheel landing gear model. Such model is representative of nose landing gears employed in short/medium range commercial and business aircraft and, as such, includes realistic elements such as brakes and torque link.

Far-field acoustic spectra were obtained from the integration of noise maps obtained with a 64-microphone array installed in sideline and flyover positions with respect to the landing gear. Additional mean flow oil visualizations were achieved.

Finally, PIV and hotwire measurements have been achieved on a selection of samples. These data will be used: 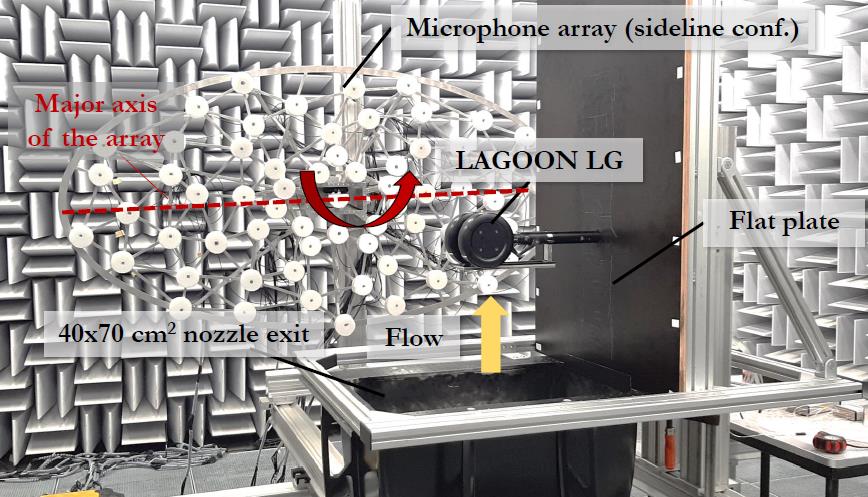 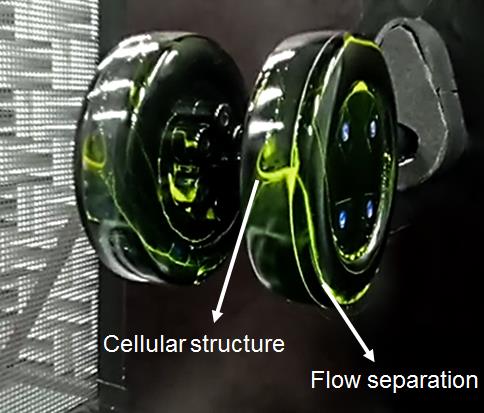 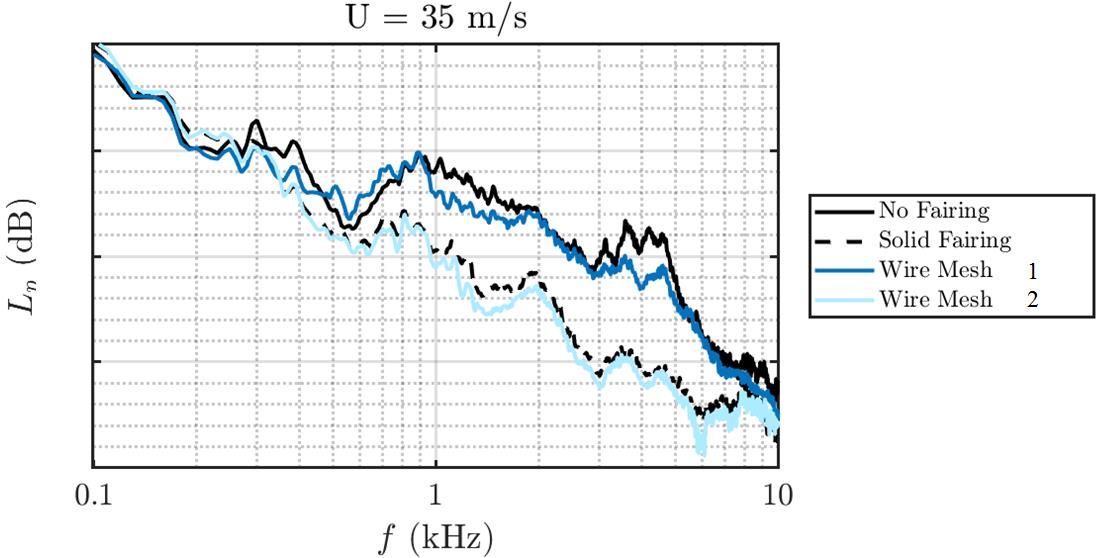 Farfield noise spectra measured without fairing (reference), with a solid fairing and with two different wiremeshes 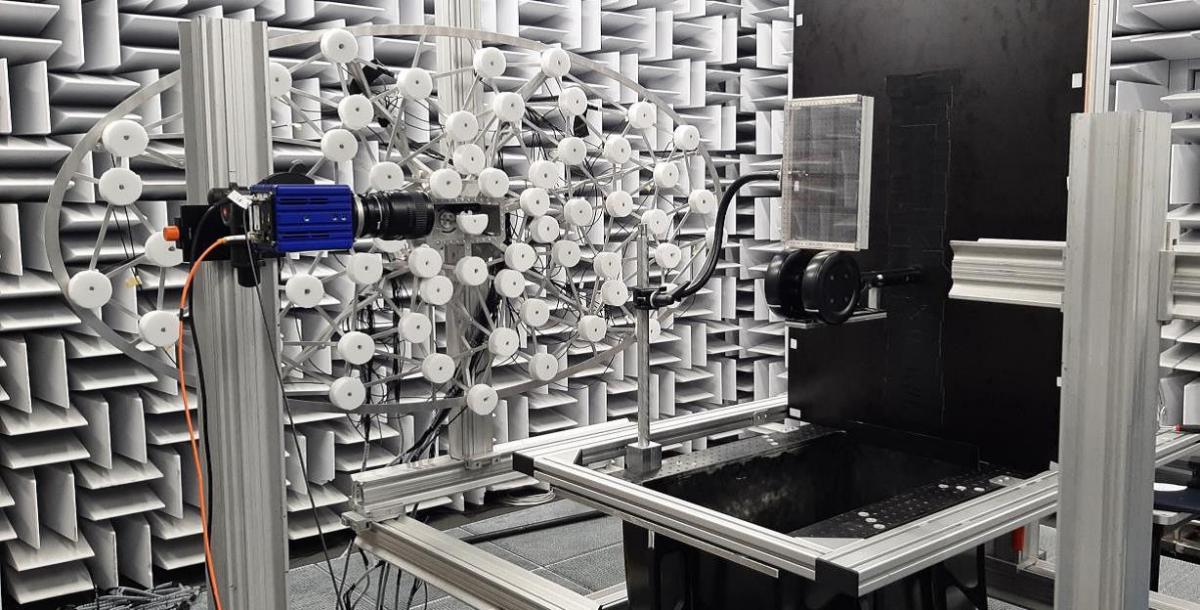 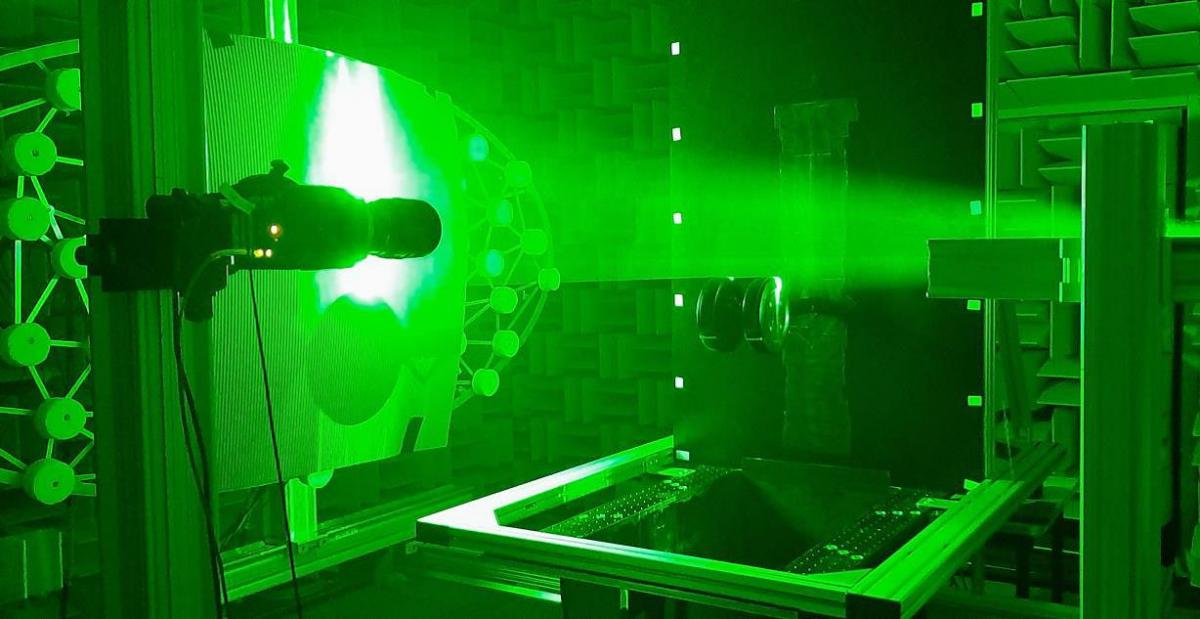